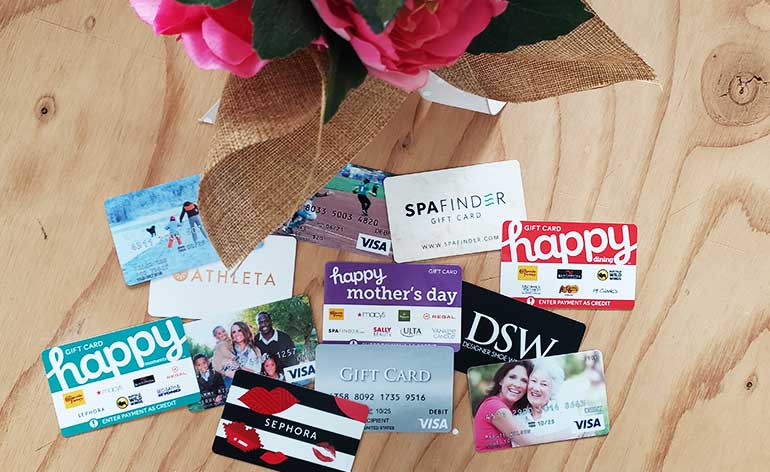 Because I cater mostly to mothers and grand mothers, I wanted something with a more feminine feel to it, without it being “girly”. So quickly I outlawed pink, purple, lavender, fuscia, or other colors that would be seen in a mall clothing store, and focused in on colors that spoke to strong women. I also... / READ MORE /
/ Elizabeth /

Because I cater mostly to mothers and grand mothers, I wanted something with a more feminine feel to it, without it being “girly”. So quickly I outlawed pink, purple, lavender, fuscia, or other colors that would be seen in a mall clothing store, and focused in on colors that spoke to strong women. I also ruled out black. While black cards do look really nice, they are limiting design wise, and you can’t really do much in the way of graphics while using black. In fact the designer that I used told me that basically if I wanted a black card that I’d have to choose a mono-chrome metalic ribbon as a card printer can’t print anything but metalic or pure white on the gift card. 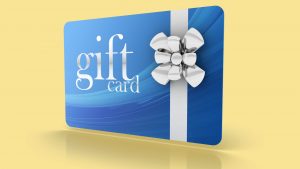 I was then all set to go with a nice soft powder puff blue, but after going through some design proofs, thinking about what kind of images I should use, and looking at how my logo looked on blue, I ended up going with white! The reason I went with white is that you can always add in color to a white card, but adding color to a colored card often will have an undesired effect. Think water color paints and what happens when you dab your brush in yellow and then in blue before cleaning it off, you end up with green when you really want blue. So I went with white and then played with my logo and the design. My logo is just a couple of colors so I figured it would be cheaper to just stick to those colors and keep it simple.

What I found out was that the number of colors really doesn’t matter, the printer uses color panels (again think of water color) and that if I was going to use two colors I might as well use them all. In fact the designer suggested that I use a subtle photo background on the front of the card and put my logo on top of that. What a great idea! And it just so happened that I had a photo of my store front given to me by a customer on facebook of my front door early in the morning that looked just fantastic. So I asked the designer to use that photo with my logo in the middle, and after a couple of emails back and forth, my design was settled on. Full color print, photo back ground, logo in the center, hone number in the corner, and address in the other lower corner.

DON'T MISS THIS ONE: Best Friend Quotes And Gift Ideas

Elizabeth
From personalised gifts to flowers Gifthunters has more than thousands of products for every occasion. We are there to help you when you are not sure what to buy, our experts help you get the best gifts for your loved ones.
VIEW ALL POSTS BY AUTHOR
VISIT AUTHOR WEBSITE